West Orange Club Championship - Be there!

Round 1 of the prestigious KCC Championship went 10-0 in favor of the higher rated players, proving once again that over a long enough timeline statistics are more valuable than invention, emotion, and the human spirit. From the leading group, here are a few to watch out for: 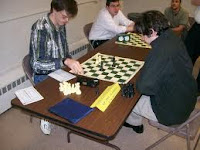 Mark Kernighan: (quiet guy on the left of the picture) Definitely the favorite. A common feeling from people playing Mark is 'I almost had him'. I've seen him slip out of bad positions with seconds on the clock (in Mark-speak, 'winning time' [my words not his]) often enough to know it's not a coincidence. 45% chance to win

Arthur Macaspac: The 2010 champion, who won the tournament after spotting the field a half point with a bye in the first round then cruising 4-0 to finish. This time he's in for al five rounds. A guy who sits next to GM Yudasin as much time as he does is bound to have learned a thing or two. Definitely a main contender. 35% chance to win 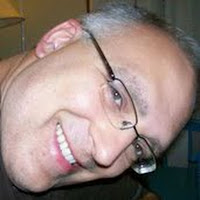 Mike Goeller: A welcome addition to the tournament. 'The Professor' is a strong attacking player and on his day can beat anyone. Although ironically in last year's event he took a draw with John Moldovan, breaking what had been a 2010-2011 streak of something like 50+ games in the club championship without a draw by any player. In his defense he may have been inebriated at the time. Actually he wasn't. 8% chance to win

Kevin Chen: The recently minted expert took a bye in round 1, can he replicate Arthur's 2010 run? Probably not, but a player with good chances to knock off one of the above players. 3% chance to win 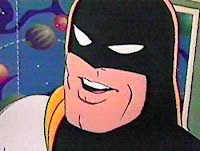 Ian Mangion: 'The Doc' is undoubtedly the best spoken and most sartorially splendid member of the club. However, his path to the championship is paved with many pitfalls, including Lou 'Giant killer' Sturniolo, and a few players who are noticeably better than him. 2% chance to win
The Field: Lurking in the crowd are a few players who, with the right combination of circumstances, might be able to put together a winning run. Including Don 'Under 1900' Carrelli, John 'The Postman' Moldovan, and, despite his handicaps, Max 'The Kid' Sherer. 5% chance to win
Dark Horse Specials: Lou Sturniolo went on a tear in the Sy Fish memorial. Now there are even more overrated fogies to take down. Can he do it? Also, I'm predicting a breakout for Chris Constantino. Too many chances for him to pull an upset to miss out.
Predictions:
1st: Arthur Macaspac
2nd: Mark Kernighan
3rd: Kevin Chen
U2050: We give a prize for this??
U1800: John Moldovan
U1600: Dan Komunicky
U1400: Chris Constantino
posted by Ian  # 5:21 PM 0 Comments

Hail to the Chimp

First order of business - the 2012 schedule for the club. NOTE: The club championship starts next week!! Details below. Previous champs such as Ken Chieu, Arthur Macaspac and Yaacov Norowitz are not likely to be in the running. So the field is wide open! Current prediction: Mark K. takes home the prize. Second prediction: M. Kernighan wins.
Lots of tournaments, plenty of blitz and something called Fischer random. Be there!

May 10 - Irving Ellner Memorial, Round 3

May 17 - Irving Ellner Memorial, Round 4

May 24 - Irving Ellner Memorial, Round 5

May 31 - Irving Ellner Memorial, Round 6

June 14- - Start of Summer Tournament. Please submit your entry and pay your entry fee by this date. Here are the tentative rules of the tournament:

• The tournament will run from June 9 through August 25.

• You may play anyone in the tournament. The first time you play an opponent, the lower rated player has white, in subsequent games against the same opponent you alternate colors.

• You may not play the same opponent more than four times in the tournament.

• You may play as many or as few games as you like, but no more than two in one night. The more you play the more points you can win.

• All games are to be played at the Kenilworth Chess Club during normal operating hours.

• The winner is the person who has the most points at the end of the tournament.