So On a Tear

16 year old Filipino GM Wesley So is on a tear in the 2009 World Cup in Khanty-Mansiysk (one of several odd locations our UFO-abducted FIDE president favors for big events).  The 128-man knockout tournament is significant because the winner secures the final qualification spot to the eight-man candidates tournament to determine the challenger to the winner of the Anand/Topalov world championship match.  The format for the World Cup is 2-game matches to be followed (in the event of a tie) with rapid and blitz tiebreaks.  The short matches are highly conducive to upsets, creating a 'March Madness' atmosphere.  This year, Wesley So is making the most of this unusual opportunity, having progressed to the fourth round after having notched some impressive upsets.  In the second round, So knocked off evergreen GM Ivanchuk, 6th seed of the tournament, due in part to Ivanchuk's trying to turn a draw to a win against Wesley's French Defense, the game can be seen here:
http://www.chessbase.com/newsdetail.asp?newsid=5936
The mercurial Ivanchuk was so dispirited that he let loose several gems in an interview, the best of which was  "Chess is playing against me!  Chess is destroying me.....my loss was so stupid, it is a sign of destiny, which screams: 'Vasya, leave it, it is not your business'." 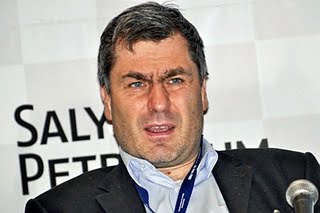 Vassily is a little bummed out
Possibly more surprising was what happened in the third round, where Wesley won another game with Black in the French Defense, this time against even-keeled former World Cup champ Gata Kamsky.  For all you Francophiles, scroll to the bottom of:
http://www.chessbase.com/newsdetail.asp?newsid=5943
Wesley held on with a draw in the second game, putting him into the fourth round of the seven round event.  Stay tuned... 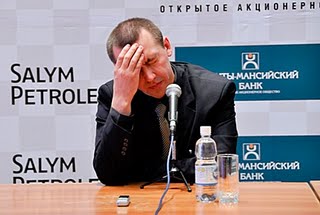 How did I forget the French Defense is unbeatable?
posted by Ian  # 10:39 AM 1 Comments

While preparing for the National Chess Congress with some bullet games...I stumbled across this...Good Luck to everyone playing from the KCC!! 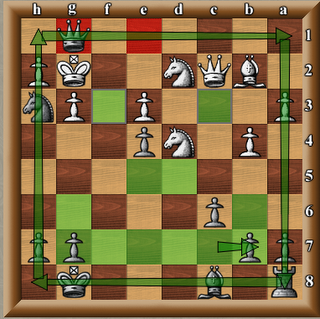 On December 3rd, future International Master Yaacov Norowitz is going to give us a lecture on playing on colored square complexes.  Simply put, in a given position the combination of pawn structure and pieces on the board may give one side powerful control over connected squares of the same color.  That side can then try to convert their control of these squares into a positional bind, a mating attack or even a carefully constructed defense in an otherwise hopeless situation.  This can be seen very easily in positions where a fianchettoed bishop (say on g7) is eliminated, leaving the adjacent squares f6 and h6 without pawn or piece cover and open to invasion by enemy pieces.  Sound simple?  Perhaps, but this is a legitimately difficult concept to execute, and mastery of it is the mark of a high class player.   With any luck, Yaacov can shed some light for us.  In the meantime, we'll take a look at Karpov-Shirov (Biel, 1992) which is annotated very nicely by Kasparov amongst others.  In this game Karpov creates a well calculated light-square domination theme almost out of the ether.   We'll pick up the game on move 17 of a Meran Semi-Slav, where Black seems close to playing ...c5, unleashing his light-squared bishop and ensuring at least equality. 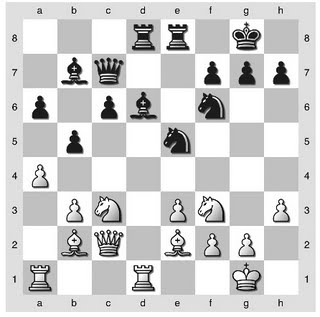 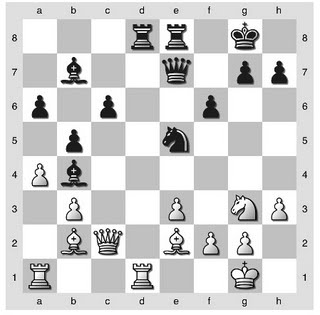 Black had the choice of defending the g7 square either this way or with 20...g6.   I won't borrow from the detailed analysis on how White can best proceed against 20....g6, but it suffices to point out that ...g6 uncomfortably weakens the dark squares around the Black king and opens the a1-h8 diagonal further for White's bishop.  This being the case, it seems very natural to play ...f6 as it seems to offer less of a target, and the dark squares are protected.   But Karpov sees farther...
21. Bxe5!   Qxe5    White has removed the sole protector of the light squares on Black's kingside since Black's bishop is still trapped on b7 (notice whether that bishop plays any role in this game)
22. Bd3   h6     (...g6 would have been hard to decide on because of the many possibilities for White after 23. Bxg6  hxg6  24. Qxg6+)
Now we can see that the light squares around the Black king are vulnerable, but this one weakness is not yet enough to press for a win, so Karpov positions his pieces on dominant squares then expands the field of battle.
23. Bg6  Rf8
24. Nf5  c5 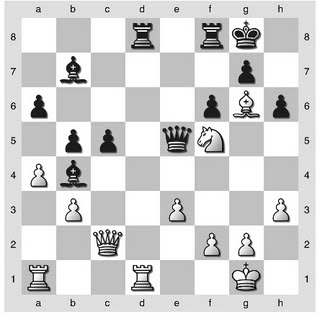 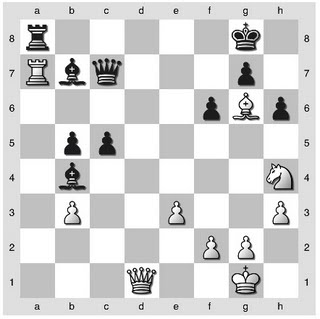 Inspired by the Kenilworth Karpov's unprecedented undefeated run in the GSCL (unless you consider last year), a league championship trophy has been designed.  See below, where Liverpool has temporarily borrowed our league trophy for a little celebration of their own. 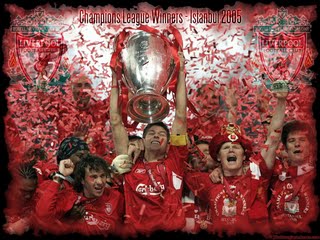 West Orange fielded a weaker than usual lineup and felt the squeeze from the Karpovs, with wins from myself and Steve Stoyko, and a gamesman-like draw from John M.  Particularly noteable was my off-the-cuff invention of a gambit in the Sicilian Dragon with 7. e5!!!   I seemingly dropped a pawn for no compensation, so you can imagine my opponent's surprise when in turn he lost the exchange some 40 moves later.  A sting a the end of the tail, typical of a deep sacrifice.   We're now 2-0 and one step closer to hoisting the non-existent league trophy.