Battle of the Branches

Army, Air Force, Navy (teamed with the Coast Guard) and the Marine Corps will compete for the 2011 Inter-Service Chess Championship June 13th-17th at Marine Corps Air Station Miramar, California. The Marine Corps Chess team will be led by Inter-Service and NATO chess veteran Master Guns James Adkins from Camp Lejeune. Showing up his second year at the Inter-Service, Sergeant Nicholas Wolff from Okinawa, Japan. The rest of the team will be made up by newcomers Corporal Antonio Jackson, Lance Corporal Chris Barnett, Lance Corporal Diego Gonzales, and Private First Class Jo Ann Ortiz. At minimum, one of these marines will get the chance to represent the United States in the 23rd NATO Chess Championship in Lithuania.

This will be the first year that I will watch the tournament from the sidelines. It is a great opportunity for all the branches to get to know each other and build camaraderie. Many service members play chess, but don't know tournaments like this exist....so spread the word!

To follow along on Facebook with pictures and results, like Military Chess. Hopefully, Monroi will pick up and broadcast this tournament live. I do not see it on their upcoming tournament list yet, but they have done so in the past and covered the Navy and Army Chess Championships from this year.

I Drink Your Milkshake 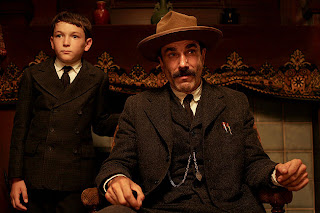 With apologies in advance to iconic NM Mark Kernighan, the most valuable member of the Kenilworth club, I'll probably never get another chance to do this so here goes. This week, on our episode of our regular show 'I Drink Your Milkshake,' we consider the following position:

'If I have a knight, and you have a knight, and my knight is on e5, see there it is, my knight reaches across the board and starts to take your pawn on f7, I drink your milkshake. I drink it up!'
To clarify:
For the truly impatient philistines it is possible to skip directly to 11:10 into the video. But why?
And I was fortunate enough to just pass the 2000 mark in the recent Kenilworth quads, something I will probably pass again in the other direction, but I took this picture of myself so I wouldn't forget. (That's a Memento reference. Am I the only one whose brain died sometime in the late nineties?) 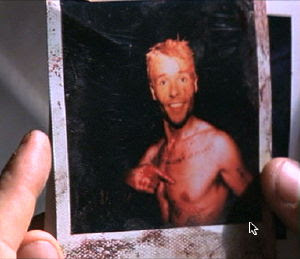 Short's first attempt at the Fischer-Sozin came in game 6, which you can follow on your own with this link. After missing out on decent opportunities from the ultra-sharp 6. Bg5 lines against the Najdorf, Short opted for the nearly-as-sharp 6. Bc4, and with an early f4-f5, tried to crack open the long diagonal for the light-squared bishop. A subsequent ...e5 by Kasparov seemed a serious positional concession until Nigel's b4!? offered a concession in return for an attack. Fortunately you don't have to hear my nonsense about this game, because it was covered very well by others...
posted by Ian  # 10:27 AM 0 Comments 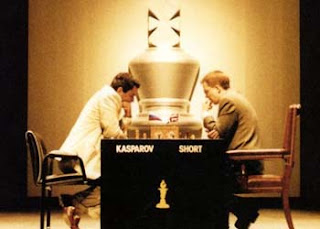 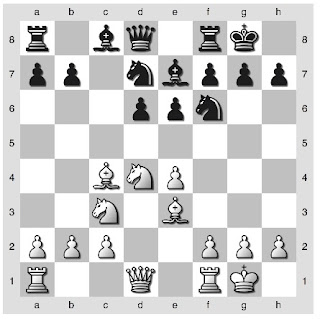 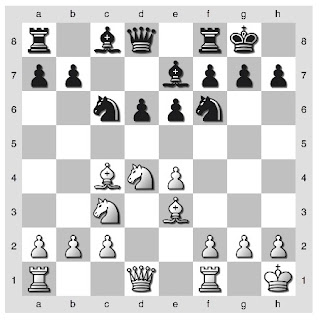 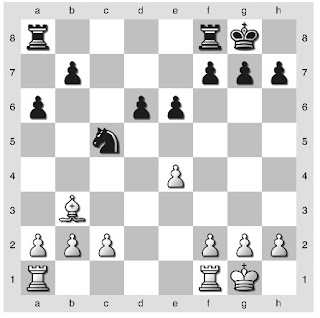 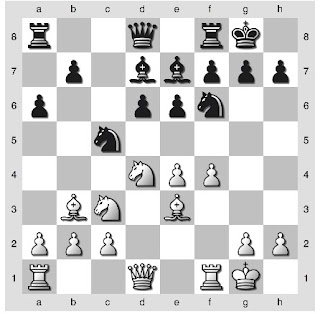 Picture far above is from here. If you check out the article, you can see Kasparov took White (?!) against Arnold!