The Greatest Game I Never Played

If we had to name our 'best' games and lay them out for public viewing under a microscope, we would inevitably find that our seamless masterpieces were in fact marred by either an ugly blunder from our opponent or perhaps several opportunities where our opponent could have drawn or even won the game with the right moves. Games that we thought were near perfect at the board will usually dissolve under computerized cross-examination. Why? Because we are not grandmasters. Most of us are not even experts. And so neither are our opponents. No, our best games only pretend at excellence, brief moments where we are elevated to a higher level of play only to sail back to Earth sooner or later.
One of my favorite games show both sides: a brief leap into the stratosphere of grandmasterly heights followed by what mathematicians might call a 'regression to the mean'.
As the Joker says,"Let's wind the clocks back a year..."
USATE 2010: An odd tournament for me, made especially puzzling by three games where I had large advantages against masters but failed convert this into something more memorable. Of these one sticks out.
Mangion (1942) - Chris Williams (2261)
1. e4 c5
2. Nf3 e6
3. d4 cxd4
4. Nxd4 Nc6
5. Nb5 d6 (5. Nb5 is an interesting variation occasionally favored by Karpov, though of course there are many many options; these days I would prefer 5. Nc3 or 5. g3)
6. c4 a6
7. N5a3 Nf6
8. Nc3 Be7
9. Be2 O-O
10. O-O b6
11. Be3 Bb7
12. f3 Qc7
13. Rc1!?
My opponent was apparently taking this game somewhat casually, working in chain smoking breaks with surprising frequency. I decided to throw a trial balloon out there and see how reckless he might be willing to be. 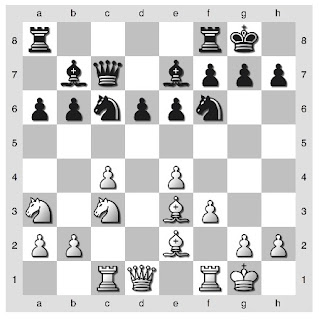 13. ..... Nd7?
And the flippant response was made without a moment's thought. This is aiming for usual Taimanov play with Nf6-d7-c5/e5 with pressure on White's pawn structure and an elastic piece setup. However, in the given case this fails to an old tactical chestnut.
14. Nd5!
Which would be worth two exclamation points if it were an over the board conception, but of course this is a trick well known to hedgehog lovers - the awkward position of the queen across
from White's rook lends itself to cute tricks. Here 14....exd5? 15. exd5 Rfd8 16. dxc6 Bxc6 is not pleasant. Unless your head is itchy from the lobotomy scars you might evaluate the following as 'favorable for White':
Analysis after 14. .... exd5 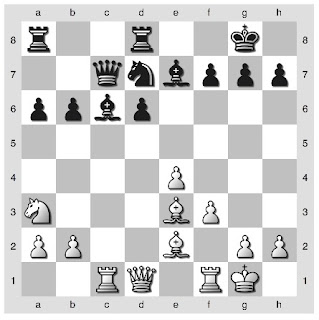 14. ..... Qd8 (an unpleasant move, but Black of course is not down material and is still fighting)
15. Nxe7+ Qxe7
16. Nc2?! Rfd8 (although the knight is apparently out of play on a3 it does defend b5 so it may be worth keeping there to prevent the ...b5 break)
17. Qe1 Rb8
18. Qf2 Ba8
19. Rfd1 b5?! (and now it is Black's turn to play 'automatic' moves that are not in context - while this move is normally a mark of progress for Black in this variation Black also normally has a dark-squared bishop. It was at this point that a conception for the middlegame occurred to me that threatened to elevate my play into the non-ordinary. Note the bishop on a8. 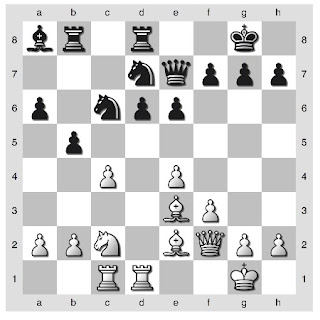 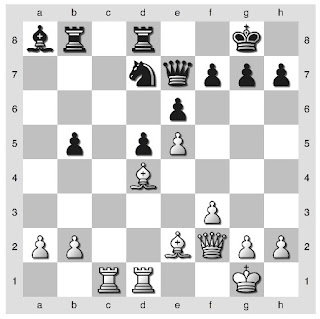 I'll let Tal handle the commentary here:
- "Terrible." "Anti-positional." "Incredible."....It might be supposed that the player who played White was absolutely unfamiliar with any chess book that writes about the game from White's point of view and it is actually impossible to play like this....
A key moment for the course of the game. White voluntarily shuts in his ace, the unopposed dark-squared bishop. Simultaneously he hands Black a protected passed pawn. Indeed this move nearly made Yaacov spit up his cheesecake...dacha; which is why I give it two exclams ;) And yet it is the strongest move on the board! I will always believe this. White has dynamic advantages that will outweigh his static deficits. This move put in motion my idea from the 19th move to turn Black's bishop on a8 into a a useless trinket.
[For reference on first sight Yaacov suggests 23. exd5 Bxd5 24. a3 with a position "where only White can win". And so it may be, but winning may yet be a difficult exercise...].
23. .... Nf8?! (With unclear motivations...Black has this last chance to play ...b4 and escape the bind although still in a poorer position)
24. Bc5 Qb7
25. b4 The realization of the plan - What precisely is the bishop on a8 meant to do? 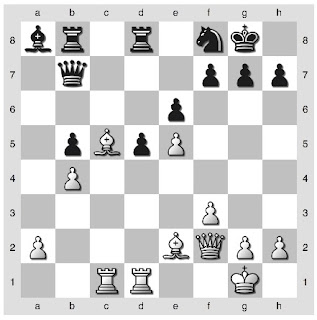 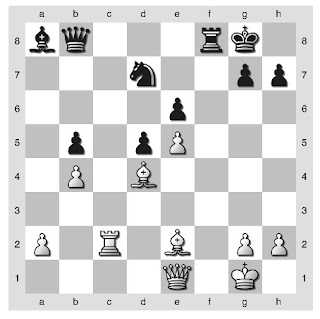 Even so the maneuvering of the last several moves has strengthened White's position further. Despite the reduced material White is close to full board domination! The bishop on d4 offsets the knight while White's light squared bishop has no opposition. Now was the time to find the win, although my primary concern was to maintai
n the blockade and...avoid losing.
34. Bg4 Re8 (34....Qe8 looks more likely)
35. Qc1!
What makes this game so attractive (at least up to this point) is how White's moves are consistently strong and critical, not avoiding quality in favor of clarity. Now 35.... Nxe5 loses to 36. Rc7 when the knight is cut off from support yet
pinned as well.
35. .... Nb6?? Missing a key threat. When playing 35. Qc1 I had 36. Rc7 in mind, with the nagging feeling that a win was imminent.
36. Qe3?
Not a losing or even terrible move, but missing the killer blow! We'll come back to this, but for now let's say Rc7 has only one opportunity to be played and now is that time. If it is a good move (and logically it must be) then by the laws of chess there must be a tactical justification. At the last moment, nearing midnight on the second day of the tournament, I blinked fearing 36. .... Nc4 cutting off the rook.
36. .... Nc4 White still has a considerable advantage but I was fatigued and started to lose faith in the position.
37. Qh3 Qc8
38. Rc3 Bc6
39. Bh5? Rf8 (was I trying to trade off the light squared bishops and destroy all of my work?)
40. Rxf3 gxf3 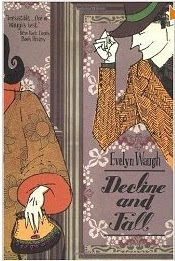 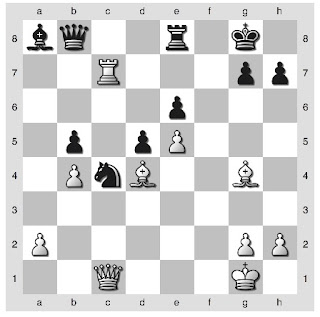 The position I 'feared' at the last second....and yet it may as well be an entry in '1001 Winning Sacrifices and Combinations'. In parallel universe bizzaroworld of course I followed with...
37. Rxg7+!! Kxg7
38. Qg5+ Kh8
39. Qf6+ Kf8
40. Bxe6+ Rxe6
41. Qxe6+ Kf8
42. Bc5+ With a massive advantage because all of Black's pieces are incapable of defending the Black king.
But of course playing such moves would be the mark of a stronger player...and therein lies the motivation. I find it hard to imagine the game where I string together a series of moves as strong as this with a novel positional conception but....maybe it can happen. And maybe when it does I will find the win... In the search for the perfect game the joy must be the search because the desiderata will prove elusive. That is why I play.
posted by Ian  # 7:26 PM 0 Comments

Putting an indelible crimp in their otherwise dominant season, the Karpovs struggled at West Orange, recently minted winners of the USATE! 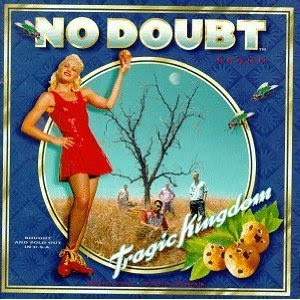